I finished my Khurasan Lander this weekend.  I'm pleased with how it turned out.  It is a very good model, in my opinion. I hope my paint job has done it justice.
I used some old 40K Imperial Guard decals I had around.  They add a little extra detail and give the piece some character.  This will be a nice centerpiece model for my Earth Force Marines army.

Some on the table shots:
I now have two viable forces for Gruntz 15mm or for THW's 5150: Star Army.  I should be able to develop some scenarios using my Khurasan Space Demons and my Rebel Minis Earth Force Marines.  I also have a good supply of desert world terrain.  I will get a game in soon and will post as soon as I do.

I finally finished my Khurasan Space Demons.  Whew!  They took forever.  Not because they are difficult to paint, but rather because I've had a busy summer and there are 48(!) of them.  I think they painted up pretty well.  Very simple scheme - black undercoat, dark blue dry brush, red highlights on tongues, black ink wash.  My plan was for them to look decent from a meter away on the tabletop.  The goal was to make a cohesive looking mob, so I didn't focus closely on any individuals.  Once the bases were finished I coated them with matte finish.  Then I went back over the models and brushed on a clear high gloss finish, only on the aliens themselves.  It is supposed to make them look slimy.  I think it turned out ok. 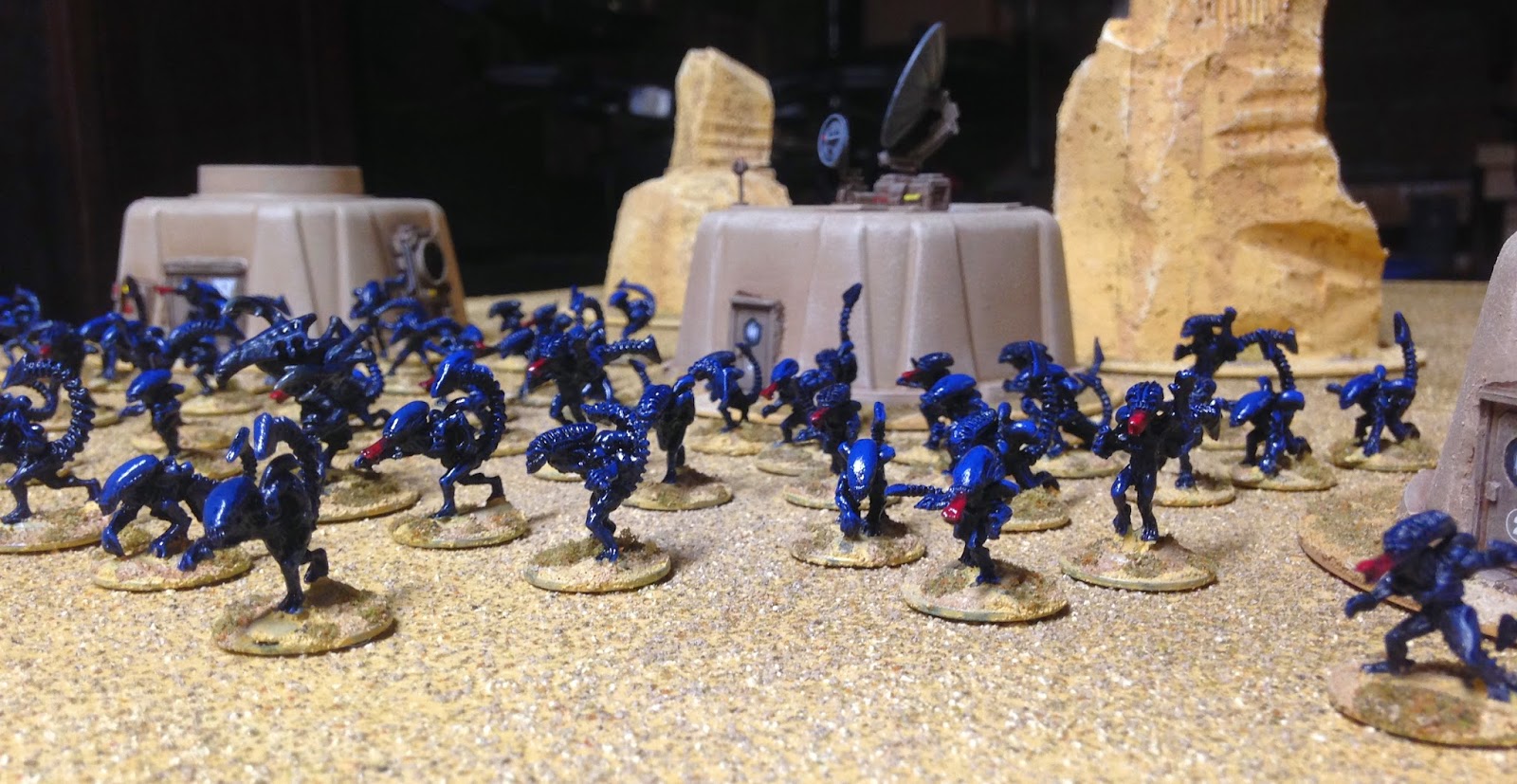 That's it for now.  Until next time, carry on!